Main diningroom in the Scarborough Grand Hotel, a Grade II listed building Dominating the the town's South Bay. When completed in 1867 it was one of the largest hotels in the world, as well as one of the first giant purpose-built hotels in Europe. The hotel is in the shape of a 'V' in honour of Queen Victoria and was designed around the theme of time:
4 towers to represent the seasons,
12 floors for the months of the year,
52 chimneys symbolise the weeks,
originally there were 365 bedrooms - one for each day of the year.
As Scarborough was a famous 'Spa Town' in its heyday the Grand hotels baths included an extra pair of taps so guests could wash in seawater as well as fresh water.
The hotel was badly damaged when the German Navy bombarded the town in 1914.
Three blue plaques outside mark where the novelist Anne Brontë died in 1849, the contribution of the RAF trainees stationed at the hotel during the Second World War, and the original opening of the building.
12 September 2015
Copyright Paul David Drabble
www.pauldaviddrabble.photoshelter.comom 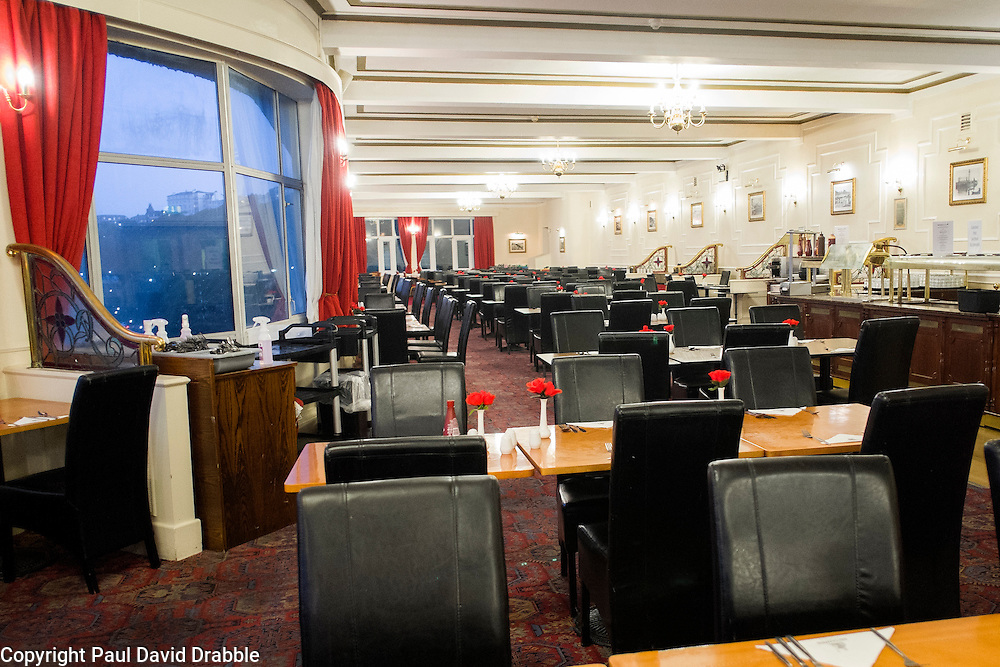