Saint Marys Church Ecclesfield also Known as "The Minster of The Moors" the final resting place of Rev.Alexander John Scott, Chaplain and close personal friend of Admiral Lord Nelson...It was to Rev. Alexander John Scott that Nelson spoke his last words "God and my country." below decks of the Flagship HMS victory at the Battle of Trafalgar. Nelson died at 16:35 on the 21 October 1805. His friend Scott lived to the age of 72 and died in 1840. Its odd that Scott should have been buried in Ecclesfield. He was not born in the area and didn't live in the area. He was in Ecclesfield visiting his daughter when he was taken ill and subsequently died. What is stranger is travel five miles by road and under what is now a Tesco car park is where the Walker Iron Works of Masbrough was. They cast about 80 of the 105 guns carried by HMS Victory into Battle at Trafalgar. Closer still is the village of Grenoside, only two and a half miles away, where Samuel and Aaron Walker began to manufacture Iron in the early 1740s before relocating and starting in 1746 at Walker Iron Works of Masbrough. ..7th November 2010.Images © Paul David Drabble 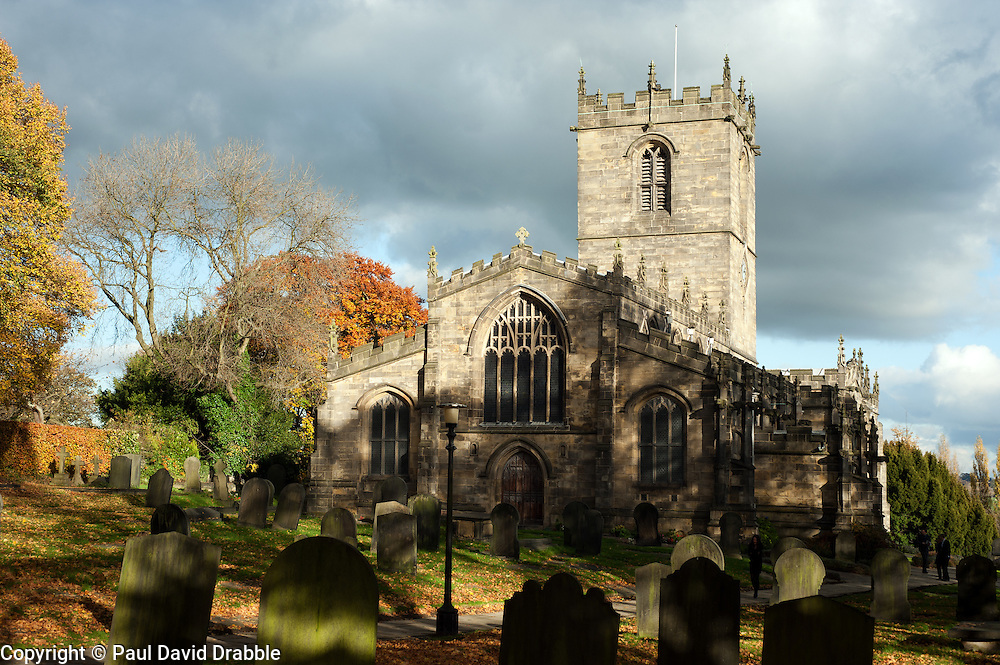