Police officers from as far away as county Durham were brought in to Police an EDL rally and UAF counter demonstration in Hexthorpe Doncaster South Yorkshire on Saturday. The EDL and UAF are thought to have chosen Hexthorpe after recent media reports of tension between newly arrived Roma residents and the the local community
19 July 2014
Image © Paul David Drabble
www.pauldaviddrabble.co.uk 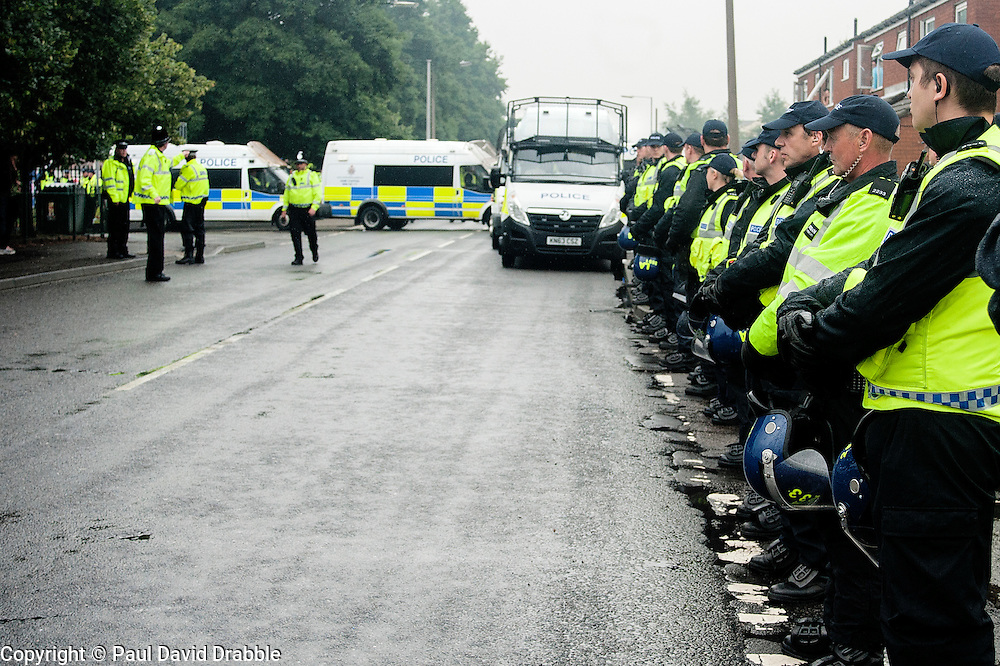