The British Army Bomb Squad were called in and police closed Leppings lane a road behind Sheffield Wednesday Football Ground on Tuesday march 5th 2017. Council workers carrying out clearance work on the Banks of the River Don discovered what they believed might be an unexploded second world war bomb dropped on the city during the Bitz
A member of the Bomb Disposal Team breaks the news to Police and Council officials that the UXB was a false alarm.
5 March 2013
Image © Paul David Drabble
www.pauldaviddrabble.co.uk 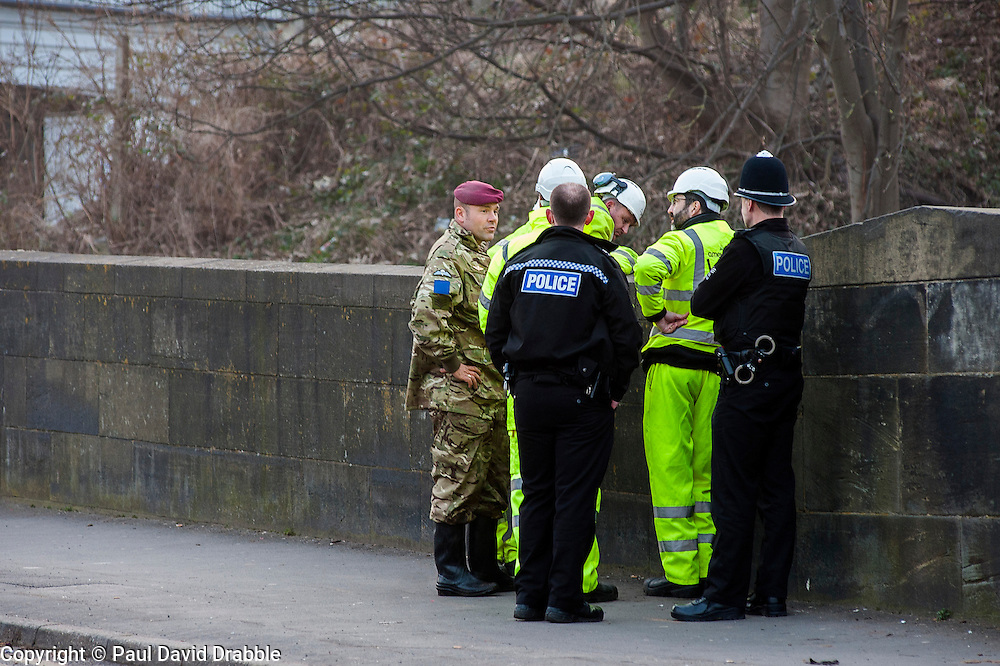