The View north from the West bank of the Derwent Reservoir in Derbyshire, England is the middle of three reservoirs in the Upper Derwent Valley, the higher reservoir being Howden to the North and the lower being Ladybower to the south. Between them they provide practically all of Derbyshire's water, as well as to a large part of South Yorkshire and as far afield as Nottingham and Leicester.
Begun in 1902 this neo-Gothic solid masonry dam wall is built from huge stones that were transported along a specially created railway from the quarries at Grindleford. Over 1,000 workers lived in a specially constructed and self-contained town of Birchinlee also known as "Tin Town". Derwent reservoir began being filled in November 1914, and overflowed for the first time in January of 1916. Covering an area of 70.8 hectares (175 acres) and at its deepest point is 34.7 metres (114 ft) the dam can support a total of 9.64 million cubic metres of water.
For 6 weeks during the Second World War the reservoir was used by the pilots of the 617 Squadron "the Dambusters" to practice their low-level flying skills needed for Operation Chastise, because of the Derwents similarity to the operations German target. In for 2 weeks in 1954 the the sound of Lancaster bomber engines could be heard again over the Derwent as the reservoir stood in for the German dams a second time. This time for the filming of the "The Dambusters" starring Richard Todd as Guy Gibson. The west tower of the dam wall is home to Derwent Valley Museum and includes a permanent memorial to 617 Squadron to which is visible even when the Museum is closed. 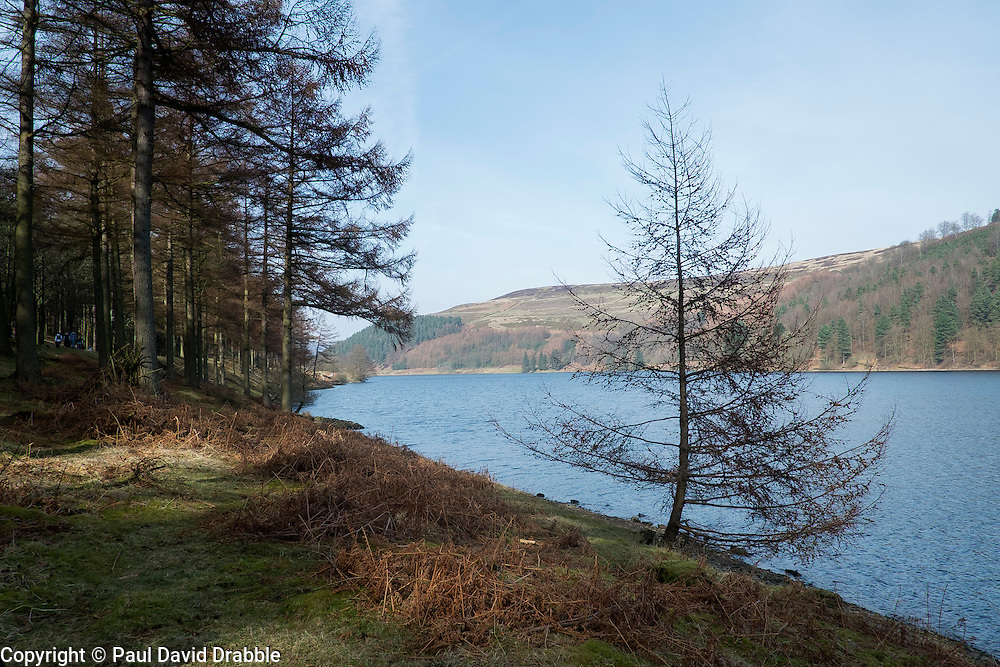