A Female re-enactor portraying Wehrmacht Heferinnen with the German Army in walking out uniform with white dress uniform blouse. She is wearing the War Merit Cross ribbon, above it pinned to her tie is the Blitz pin or brooch and on the right sleeve is the Blitz badge worn by women trained in Army communications procedures. The brooch combined with the Yellow piping (waffenfarbe) on her hat would indicate they are a Nachrichtenhelferin Wehrmacht (Signals Assistants with the German Army). Heferinnen were the German Armed Forces female Auxiliaries who worked with the German Army in World war two in much the same way the British Auxiliary Territorial Service (ATS) did with the British Army of WW2.
At various periods of time during the second world war Helferinen were sometimes classified as military personnel other times as uniformed civilians employed by the German Armed Forces (Wehrmacht). 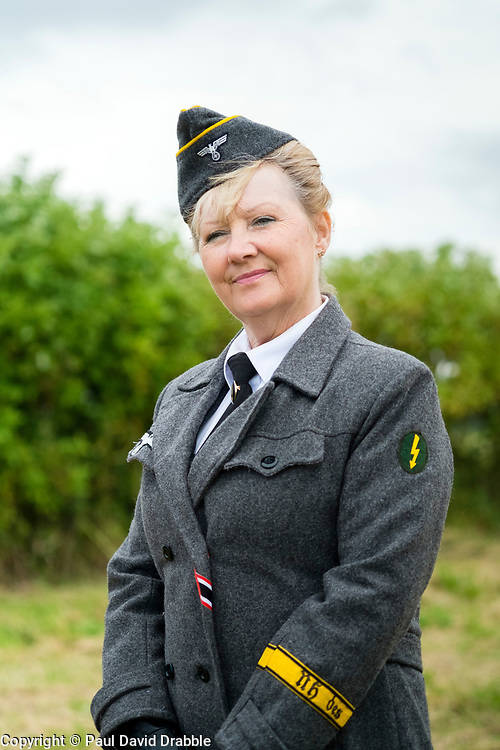