Busch saw a great deal of action throughout WWI serving as an infantry commander on the western front and winning the prestigious Pour le Merite (Blue Max) for exceptional courage.

A colonel by the outbreak of WWII he commanded VIII Army Corps for the invasion of Poland in 1939, the the 16th Army for the Battle of France in 1940 and The invasion of the Soviet Union in 1941. His 16th Army took part in the siege of Leningrad and held the line from Staraya Russa to Ostashkov angainst a counter-attack by the Red Army. In 1943 Busch was a promoted to field-marshal, became commander of Army Group Centre and was awarded the Knight's Cross of the Iron Cross with Oak Leaves. After the collapse of his command during the Red Army's 1944 Operation Bagration Busch was sacked by Hitler but was then recalled in the final months of WWII to command Army Group Northwest His task, along with Kurt Student and his 1st Parachute Army, was to stop Field Marshal Bernard Montgomery's forces advance into Germany. Busch surrendered to Montgomery on 3 May 1945 and died of heart failure in a prisoner of war camp in Aldershot, England.

The German Military Cemetery contains almost 5000 burials of German and Austrian nationals and a small number of Ukrainians from the First and Second World War. 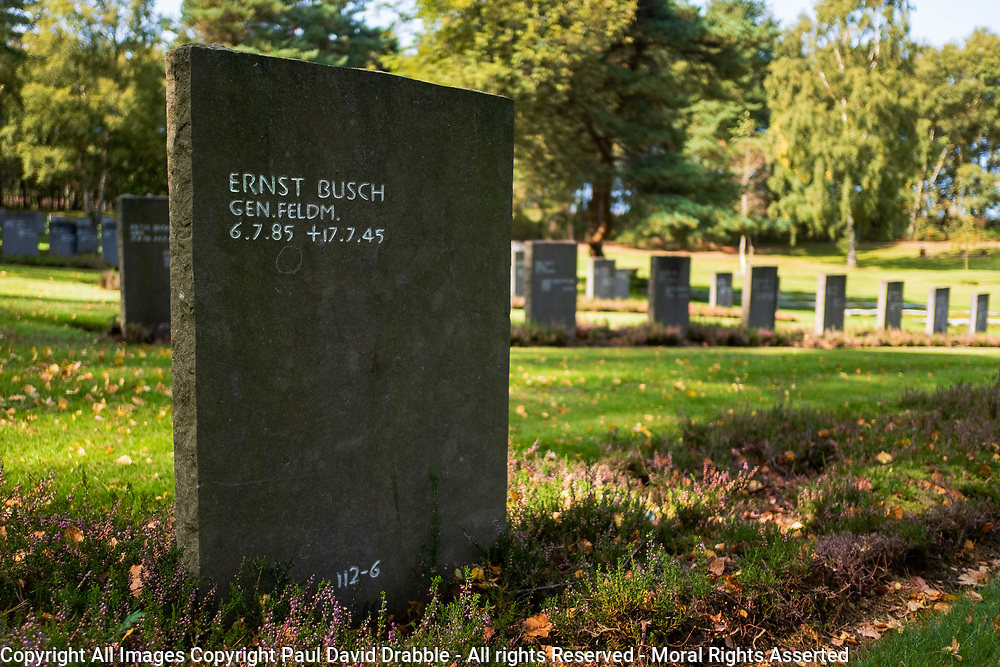