Followed by corporal Rileys family including his mother Cheryl Routlidge and Brother Jonathan Riley a barer party made up of Soldiers from The Yorkshire Regiment carry Corporal Liam Rileys coffin into Sheffield Cathedral where his Funeral service took place on Wednesday 24 February. ..Corporal Riley of 3rd Battalion Yorkshire Regiment who died in an explosion in Afghanistan on 1 February 2010 while on foot patrol south of the Kings Hill check point Helmand. ..Upon hearing of Liam's death he was described by Price Harry as "a legend" 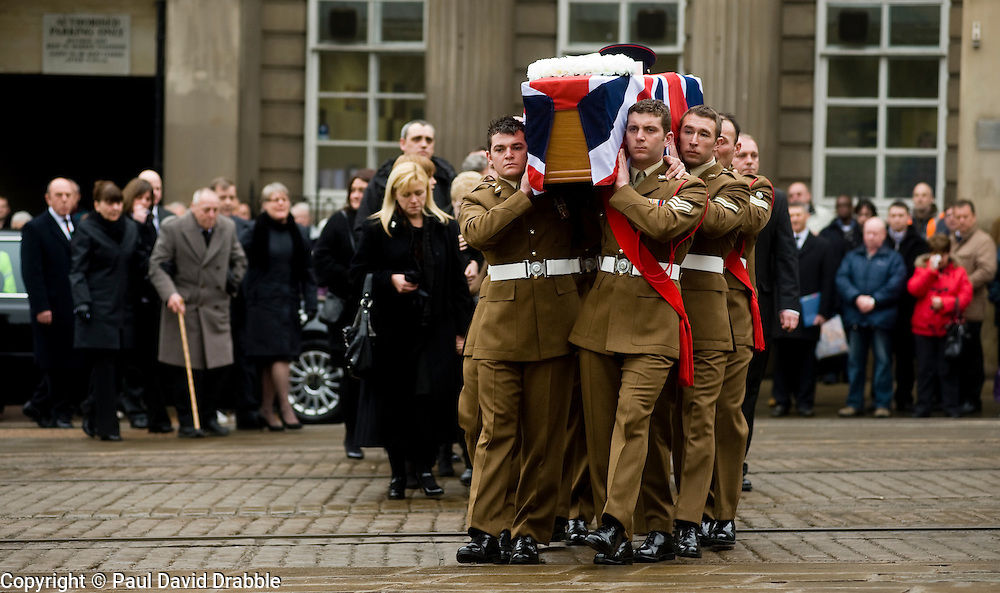