Current Darts World Champion and leader of the Whyte & Mackay Premier League Darts tournament Phil "The Power" Taylor appeared at JJB sports Meadowhall today (Friday 16 April 2010) as part of a tour of selected JJB stores. The meadowhall appearance was the first in a series of 5 dates he is also due to be a JJB Sports stores in Liverpool on the 21st April, Bolton on the 7th June. Blackpool on the 26th July and Dublin on the 11th October 2010. The events include autograph opportunities and advice demonstration of the techniques that have made Phil a 15 times World Champion...Friday 16 April 2010. .Images © Paul David Drabble. 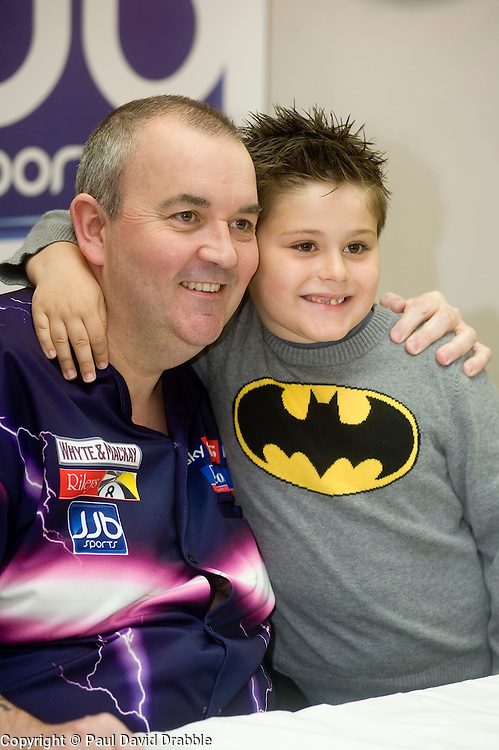